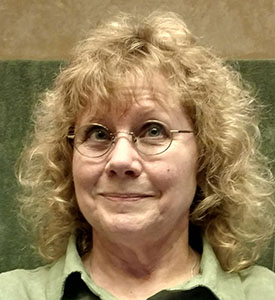 Represented by the Brown County Art Gallery - Nashville IN


I have been fortunate to live many places across the United States, due to my father's U.S. Marine Corps assignments. From my memories of the rocking chairs on my grandmother's North Carolina front porch, to the people and landscapes of the Indiana heartland, my travels have given me many visual stories to tell.

I have drawn since childhood. In my Senior year of high school, I won a Saturday Life Drawing scholarship to John Herron School of Art in Indianapolis. From there, I won a tuition scholarship for  their Freshman year, and completed a BFA in Visual Communications. My Illustration professor, the Indiana circus painter Robert Weaver, was my biggest influence. I have also received awards from the Art Directors Club of Indiana for Advertising Design. But I dreamed of illustrating my own stories and vision, with oil painting soon becoming my passion. Being mostly self taught in oils, I entered a portrait of my son in the Indiana State Fair Amateur Division. It won Best of Show, and I realized that I was then capable of competing with the Professional painters. I continued my training by taking a week-long portrait workshop taught by nationally known artist Daniel E. Greene.

I have won several awards and have been accepted into many shows, including the Hoosier Salon, the Southside Art League Regional in Greenwood IN, the Indiana Artists Club Annual Show, the Annual Heartland Artists Show in Plymouth IN, the Midsummer Art Show in Seymour IN, the River Valley Regional in Lawrenceburg IN, the Indiana State Fair, and the National Oil & Acrylic Painters Society Exhibit in Osage Beach MO. I have painted commissioned portraits for patrons, and have works in private collections throughout the United States.